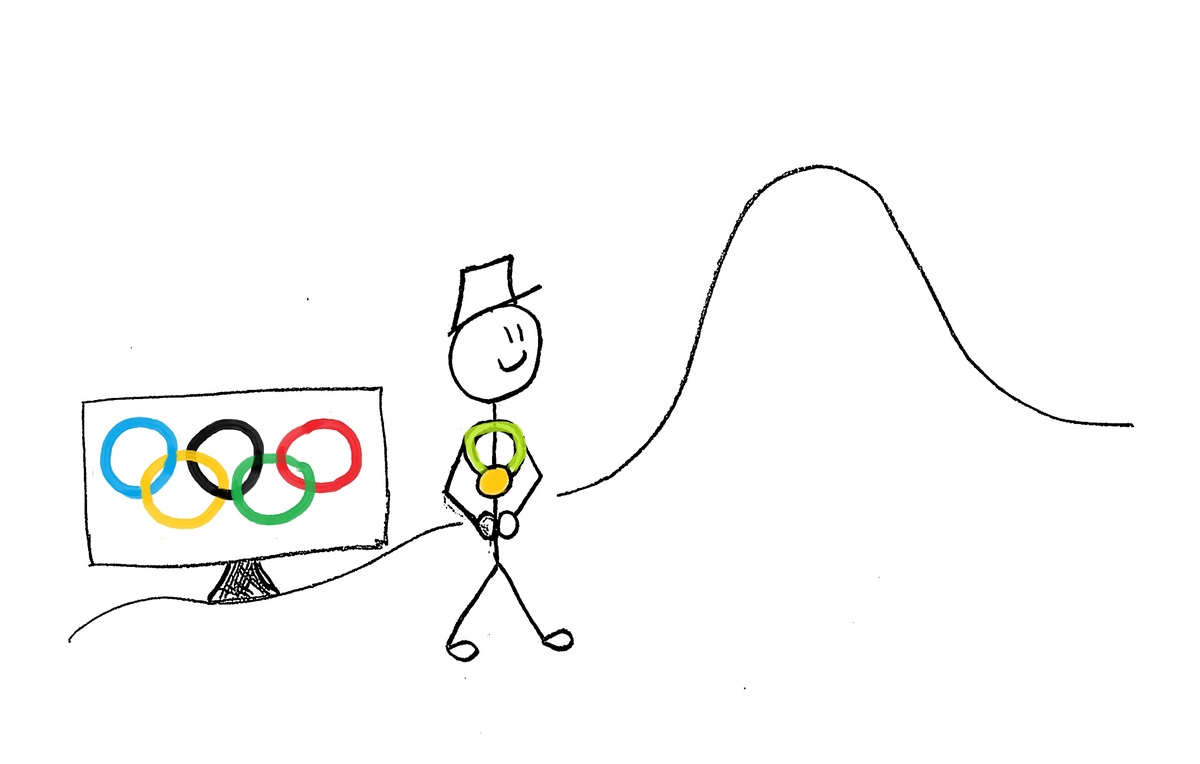 The high price of (Olympic) Gold

Now that the Olympics are over, I’ve had a little time to reflect on this fantastic spectacle of sports we observe every two years.

While it is a bit obvious, it is worth stating explicitly. . . it costs a lot to be an Olympian. Personally and financially. While we sit in the comfort of our houses watching the super-human feats displayed by the Olympic athletes on our televisions, we often have little appreciation for the true sacrifices, both past and future, many of them endure to reach that pinnacle.

Why would anyone want to pursue becoming an Olympian? The path to this dream is filled with long hours, physical and mental pain, frustration, heartache, and frequently a lot of financial stress. It is not uncommon for the athletes or their families to go bankrupt pursuing Olympic glory.

But the path to their goal is also sprinkled with great joy and pride. Why does any person pursue great feats?  Because they can.

It is something they want. They have set their mind on it. They have a vision of doing what others have never done before.  They lead us. They inspire the humanity in us toward greatness.

After all, what truly great human endeavor has ever come without personal sacrifice, the willingness to accept the pain and difficulties, and to push past those obstacles in their pursuit of achievement? Every example that is popping into your head right now, it came at a great cost that most of us never know about. We just see the achievement, the medal count.

But what happens to the Olympic champion after they have achieved their goal? After they stand on the podium and accept their (last) medal, what happens to them? A small number are lucky enough to receive generous corporate endorsements. But for most, they simply go back to their lives, and try to figure out what's next. For those whose Olympic career has finally come to an end, it can be a hard pill to swallow, both emotionally and financially.

Often, they go back to college, or a job they took time off from to train and compete, or to spend time with a family that hasn't seen them much in the last few months.  And now they must do some deep soul searching to figure out what this next phase of their lives will be like.

After finishing the games, we hear many of these athletes say "I'm ready to take some time off" or "I'm ready for a vacation." I'm sure they are. The medals that they are presented at the Olympics are such a small token representing all that they have endured to get there.

But just because they have reached the top of one mountain doesn't mean they are ready for the next one, or even know which the next mountain they need to climb is. The troubles that Michael Phelps has had after his past Olympic games serves as a good example for us. Even the most decorated Olympian in history is still prone to hitting a few of life's potholes. Let's hope he has learned his lesson after this year's stunning performances.

Unfortunately, for all the glory they achieve in their athletic careers, there is no financial safety net for these heroes.  Once the lights have dimmed, many often struggle to support themselves. They have given everything they have in the pursuit of their dream, often neglecting to effectively plan for what comes next.

But it doesn't have to be that way. Planning for the unexpected can be done. Many do it well, and if done properly, entering into life's next phase can be an exhilarating adventure instead of a stressful nightmare. Olympians rely on a coach to help get them to their peak performance. Why wouldn't they rely on a financial coach to help them navigate the transition to their next stage?

It is obvious that the price that our Olympic athletes pay for achieving their goal is high. Long days, painful workouts, missed social activities, and often large debts, are the price for achieving their dream.  We should help them leverage their athletic achievements by helping them develop a plan to get to the summit of one of their next great achievements . . . to live a fulfilling life as an inspirational role model for the rest of us.