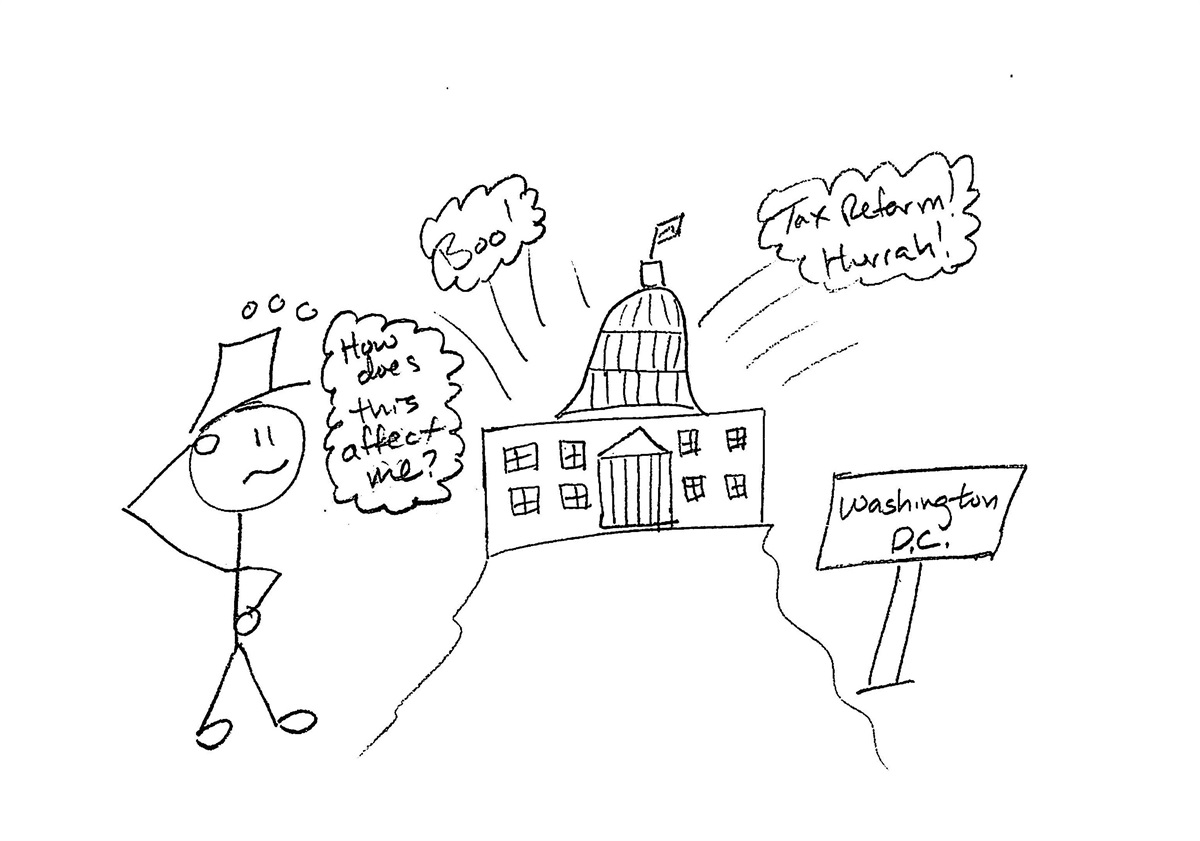 Tax Changes and their impact on You (Part 1)

On December 20, 2017, the U.S. House of Representatives and U.S. Senate passed the Tax Cuts and Jobs Act of 2017 (the act or TCJA). The legislation makes significant changes to the Internal Revenue Code (IRC), including individual, corporate, and gift and estate taxation. There is a lot in the bill that will have an impact on both individuals and businesses, so I’d like to take a look at some of the things that will specifically impact those who are involved in the wine business.

Probably of most significance to everyone who has followed the new law is the changes to the tax brackets. The tables below show the old tax rates and the new tax rates under then TCJA. I’ve highlighted in red what has changed.

While the overall number of brackets remains the same, most of the tax brackets have been lowered by one to four percentage points.

However, it is not just the tax rates themselves that will have an impact on a taxpayer. It is also the level of income the applies to those tax rates. For each of the tax brackets and filing status, I have indicated how the income bracket has changed.

The good news for those on the lower end of the tax table, that is the 10% and (now) 12% tax brackets, the income range hasn’t really changed. That means that those previously in the 10% income bracket will remain there. Those who were in the 15% tax bracket will see their taxes drop to 12%.

However, those in the 25%, 28%, 33% and 35% brackets will likely see the biggest changes, and not necessarily lower taxes. Things get a little more complicated here because for many in this category, we now need to start factoring in the changes in personal exemptions (no more) and whether to use the standard deduction or itemize. However, let’s just look at the tax brackets for now.

The most striking change you’ll notice is that the tax brackets for Single, Head of Household, and Married Filing Separately accelerate income tax rates more quickly than under the previous tax schedule. This means, for example, that a Single taxpayer with $250,000 of taxable income will be moving from the 33% tax bracket into the 35% tax bracket. Their tax rate went up! That holds true for everyone in the 28% bracket on up.

Interestingly, the new rates appear to favor those who are Married Filing Jointly, because the income brackets are actually larger than under the previous tax schedule. For example, a married couple making $250,000 would have been in the 33% tax bracket, and will now be in the 24% bracket, quite a decline in overall tax rates.

One other point to note…these rates are set to expire as of the end of 2025 unless made permanent by Congress.

Regardless of who you are, the changes in the tax rates and tax brackets will have an impact on everyone. However, if I’m going to generalize, I believe this will have the effect of lowering federal taxes for most employees, since a majority of them will likely fall into the 22% tax bracket, or lower. For higher wage employees and executives, it may very well increase taxes. For business owners, it could either raise or lower taxes, depending on the structure of the ownership and the profitability of the business.

As always, when considering the tax impact to your personal situation, I recommend consulting your tax advisor.